How to Recognize the Smell of Meth 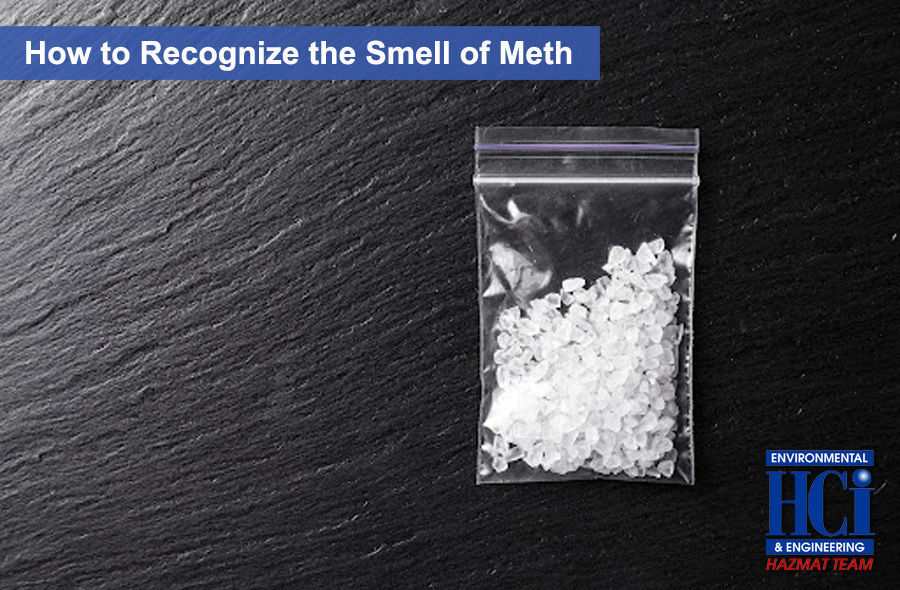 Following the passage of the Methamphetamine Act of 2005, meth exposure decreased. However, experts are finding that it seems to be on the rise once again across the U.S.

Between 2000 and 2009 meth use increased from 30% to 47% in people under 40. Many experts believe in stricter and more proactive measures than what currently exists.

But, one of the frightening facts about meth is how it impacts its environment. Identifying meth smell requires that you understand how it's made. The chemicals involved include some very strong household cleaners.

You do not want to be caught unaware if your home was a meth house. Keep reading to learn the scents and to find out what to do!

Recognizing meth is key to preventing its spread and impact on children. But, you may be wondering, what exactly is meth? And, what does it do to the user?

The full name of meth is methamphetamine, and it is one of the most powerful stimulants. This substance is commonly used by young people at a party or a social gathering. But, these are not the only users. This drug impacts people of every age and it can be very dangerous.

Methamphetamine is a version of amphetamine that is commonly found in medicine. Amphetamines were originally intended to assist in clearing head colds and nasal congestion. But, in the early 20th century it was found that you can heighten this drug's potency.

This is done by boiling down the compounds of amphetamines and adding various chemicals. This causes the drug to more heavily impact the nervous system.

This gives the user feelings of energy and overall positivity. But, it is highly addictive and terrible for the body.

The intensity of the dose is what commonly kills the users of this drug. Unlike amphetamines, methamphetamines are very concentrated and deadly.

How Is Meth Made?

The creation of meth involves a variety of different chemicals and extraction processes. The process of making meth is important to understand in order to identify where it is made.

First, those making meth need a large number of amphetamines. This is found in cold medicines and other over-the-counter drugs. These products are so commonly used in the creation of meth that stores had to limit daily purchases.

The owner of the lab then extracts this compound using ammonia and hydrochloric acid. These substances are commonly found in household cleaners and pool maintenance substances.

Last, makers of meth commonly use lithium batteries and harsh chemicals in the extraction. For this reason, many meth labs smell very harsh and pungent. They will also have huge amounts of garbage and waste.

What Is a Meth Lab?

You might assume that a meth lab would be easy to locate. But, spotting a meth lab and proving it is a meth lab is actually rather difficult. Often times creators go through great pains securing their properties against suspicion.

A meth lab is not an actual lab. These are private homes and residencies that people use to create the substance. This is why they can be quite dangerous for the occupants and those nearby.

There are residuals of the substance in the air and furniture. And, the harsh chemicals used to make the substance can be dangerous to inhale and touch. If you see a home that you believe meth is made in, stay away. Notify authorities right away.

Why Does Meth Smell?

Meth gives off a very pungent and ammonia-like scent. Many people report that meth homes smell like a home with a lot of cats. The scent of ammonia is so pungent that many believe the owner has cats that pee on things.

But, the ammonia is used by the owner to make meth through extraction. When used, however, meth smells are rather sweet and not very strong. The remaining crystals no longer retain the scents from extraction.

But, the place where it is made smells much like the harsh chemicals.

How to Identify the Smell of Meth

Meth does not have a potent scent after the extraction process is complete. The substance becomes small, semi-translucent crystals that dissolve in liquids. This is why it is also used in drugging people at bars since it is very hard to detect.

Users are a little easier to identify, however. Meth often decreases appetite and makes eating difficult. Meth users tend to be underweight due to the high energy-inducing drug.

Meth is also highly toxic to the mouth of the user. Habitual users tend to have rotten and decaying teeth, known as "meth mouth". Prolonged exposure and the use of meth can lead to irreversible heart disease.

Meth causes very high heart rates, which causes high blood pressure. It also leads to paranoia and feelings of confusion. It has not only a heavy and damaging effect on the brain, but on the heart and other organs.

Reporting a meth lab is an important part of preventing this from increasing. But first, you need to know the tell-tale signs of a meth house.

Signs of a Meth House

Preventing meth labs begins by being proactive. But, maybe you feel unsure whether your neighbor is making meth or is just sloppy? Maybe you don't want to be the person who reports their neighbor, to discover they are just messy.

If you notice a suspicious house, check to see if they have huge amounts of garbage. Meth involved purchasing huge amounts of cleaners and medicines. If you see them burning their trash or trying to hide it, pay attention to this as well.

If you are purchasing a home and feel it looks suspicious, look for these signs as well. Also, pay close attention to signs of chemical burns or stains, and if the house has a distinctive urine scent. Chances are, it is not simply a poorly cared for home.

Cleaning a House to Get Rid of the Meth Smell

Meth is a frightening drug. It destroys families and ruins people's lives. But, the frightening thing is it can impact you without you even knowing it. If you purchase a home and notice a meth smell, make sure you get it thoroughly cleaned.

But, cleaning up meth does not entail your usual "deep clean". You need professionals who know what they're doing, and who take the proper precautions against harm.

Fortunately, our staff at HCi are trained in all things cleaning! Contact us today for our services!