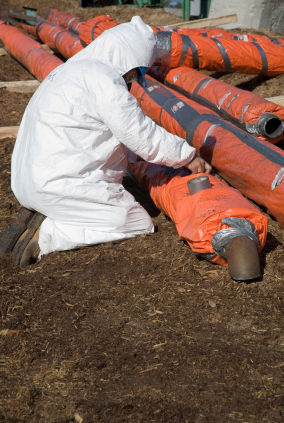 Many buildings contain asbestos, which was used in spray-applied flame retardant, thermal system insulation, and in a variety of other materials. Asbestos was sometimes "flocked" above false ceilings, inside technical ducts, and in many other small spaces where firefighters would have difficulty gaining access. Structural components like asbestos panels were also used. In residences, asbestos was often a component of a type of flocked acoustic ceiling called "popcorn ceiling" or "cottage cheese ceiling", until its production was banned in the U.S. in 1978. However, the ban allowed installers to use up remaining stocks, so houses built as late as 1986 could still have asbestos in their acoustic ceilings. The only way to be sure is to remove a sample and have it tested by a competent laboratory.

Mandated by the United States Department of Housing and Urban Development (HUD) standard 24 CFR Part 1330 (a) (4), Lead Safe Work Practices provide those performing remodeling tasks in homes built before 1978 with guidelines on procedures they should be using to prevent creating a lead hazard.

Lead poisoning remains a major environmental health concern, and while we most often associate the disease with childhood, high levels of lead exposure are linked to serious adult health conditions, such as high blood pressure and dementia.

Workers who remodel or renovate older homes where the likelihood of lead paint is high are particularly vulnerable to lead exposure. Their work creates contaminated dust which they then inhale. They can also put their families at risk by bringing contaminated dust home on their work clothes.

The National Safety Council emphasizes that everyone should be aware of the potential presence of lead paint in homes built prior to 1978, and notes that…”such awareness is particularly important for those engaged in the building trades, as well as do-it-yourselfers, to learn how to perform their work in a lead-safe manner.”

The United States Environmental Protection Agency guidelines and Green Star ratings are some of the standards that can be applied. 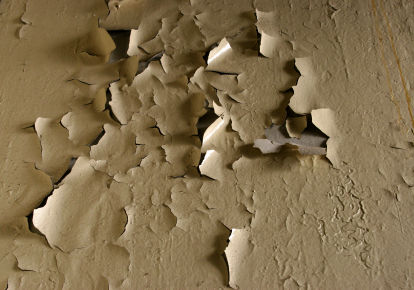 Molds are ubiquitous in nature, and mold spores are a common component of household and workplace dust. However, when spores are present in large quantities, they are a health hazard to humans, potentially causing allergic reactions and respiratory problems.

Some molds also produce mycotoxins that can pose serious health risks to humans and animals. The term "toxic mold" refers to molds that produce mycotoxins, such as Stachybotrys chartarum, not to all molds. Exposure to high levels of mycotoxins can lead to neurological problems and in some cases death. Prolonged exposure, e.g., daily workplace exposure, can be particularly harmful.